Jesus went up on a mountainside and called to him those he wanted, and they came to him. He appointed twelve – designating them apostles – that they might be with him and that he might send them out … (Mark 3:13-14a NIV). 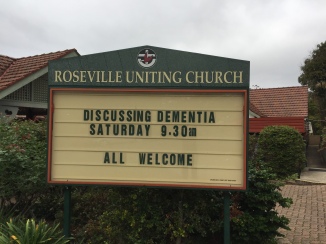 Some people may think that two dozen is quite a small number, but we should never forget the impact that a small group of people can make. Jesus Himself only chose 12 apostles. The world “apostle” comes from a New Testament Greek verb which means “to send”. We see the root “post” when we talk about “posting a letter” – in other words, “sending a letter”. The “apostles” are therefore “those who are sent” – those sent by God to do His will. Those 12 apostles shared the Gospel – the Good News – with others. The Christian Church is the result: arguably over 2 billion people in the world today who claim to be Christian – to be followers of Christ!

What can the two dozen people who attended my session at Roseville do? They can help educate others about dementia, reducing its stigma and ignorance. They can support those who are living with dementia and their carers. They can learn more e.g. through the two University of Tasmania MOOCs (Massive Open Online Courses) or in an EDIE session with Dementia Australia (pictured below) or by reading posts on this blog. They can tell others about my dementia sessions, and not just encourage people to attend, but come along with them for companionship and support. 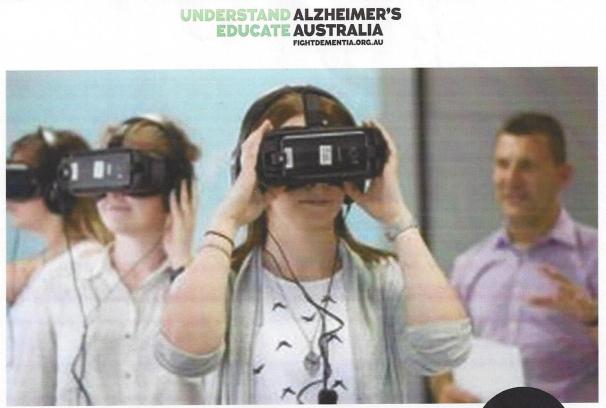 Above all, they can remind people that while dementia is a form of brain damage, the person living with dementia is made in the image of God, that God has breathed His life into them and given them life, and that God will never leave them nor forsake them. They can tell the wonderful Good News that while a person’s brain and body may be perishing, the person’s spirit remains whole and well and strong. Dementia may be the second leading cause of death in Australia, but nothing can kill the spirit!

Author of Dementia Discussed. View all posts by dementiadiscussed

Welcome to the Discussing Dementia Online blog. May this help us to explore the topic of dementia: to journey “in the land of forgetfulness” (Eileen Shamy) until we reach our ‘long Home’ in Heaven.